If you ONLY READ ONE POST...THIS IS IT

This website exists was to protect the interests of Big Sur Residents and Home Owners when it became apparent that only "certain homes and certain areas" were being protected from the fires and because those who stayed behind were treated to a police state by the County Sheriff. So the following article SAYS IT ALL!
Firemen wanted to help their hands were tied.

It was quite evident that something smelled from the top guns in charge of resources for the fires. No one has answered the question as to WHY...was the fire allowed to come over into the Valley behind Big Sur Station like it did when there were old dozer lines? According to old times...when in the past there were fires....dozers worked 24/7 and not only daylight hours.

http://www.pineconearchive.com/080725-4.htm
H E'S BEEN in Big Sur longer than anybody, so it shouldn't come as too much of a surprise that Don McQueen wasn't about to let the Basin Complex Fire — or a sheriff's evacuation order — move him off his 70-acre property.


Besides being perhaps Big Sur's tallest resident at 6 feet 8 inches, the 79-year-old McQueen is also arguably its most experienced firefighter, having battled blazes since 1948. So when fire officials decided it was time for McQueen and his neighbors to leave Big Sur, he gave them an earful. Now, three weeks after he and his neighbors put up a desperate — and largely successful — fight to save their homes, McQueen still has a lot to say about the fire and the agencies in charge of managing it.


For starters, McQueen insisted the fire burned far more acreage than he believed was necessary.


"This fire was not a wildfire," insisted McQueen, who moved to Big Sur with his parents in 1939. "It started out as a wildfire and ended up being an uncontrolled burn monitored by the U.S. government."


While firefighting officials and ecologists generally agree wildfires play a necessary role in the life cycle of California's native vegetation, McQueen believes firefighting agencies should be fighting fires on their own terms, not Mother Nature's.


"I think they need to adopt the idea that it is a very bad idea to let a fire burn itself out in the summer," suggested McQueen, who along with his wife, Mieke, lives just east of Highway 1 near the Big Sur River Inn. "If you want to reduce fuel, do it in the winter."


McQueen has always been a man of action. When he was just 11, he built a cottage at Deetjen's Big Sur Inn. So when the recent wildfire started moving in his direction, he didn't waste any time. Realizing he and his neighbors needed to widen and improve existing fire breaks and had little time to clear acres of vegetation, he ordered a D-4 Caterpillar bulldozer, which he considered a bargain at $120,000.


"I have $2.5 million of equipment in my shop," explained McQueen, who once owned Torre Engineering, which for decades was involved in nearly every aspect of home, business and road construction in Big Sur. "Compared to losing my equipment and my home, $120,000 is nothing."


Quinn Company — a Caterpillar dealer located in Southern California — not only entrusted McQueen and his wife with the bulldozer (the company required no money down), but hand-delivered it to him in just 18 hours.
Meanwhile, McQueen called England to tell his two sons — Jonathon and Wade — about his dilemma. Both quickly boarded flights for California.


"I had to sneak them in," said McQueen of his sons, who weren't allowed into the evacuation area. "Jonathon is a very good equipment operator. Ten minutes after he got here, he was driving the bulldozer three times faster than me."

Residents, firefighters help each other


After the evacuation order was issued, a fire official came up to McQueen's house, presumably in an effort to convince him to leave.


"He said to me, 'I don't know what all you people's problem is,'" McQueen recounted. "'We're carefully allowing these homes to burn. You can build a new house at no cost with your insurance money.'"


"I couldn't believe a human being could say that," McQueen said.


Sometime during the fire, McQueen crossed Highway 1 to visit his business, Big Sur Campground and Cabins, which is located just across the pavement from the dirt road that leads to his home. His campground was filled with firefighters, and he was simply trying provide hot water so they could take showers. Unfortunately, a sheriff's deputy caught him straying from his property and scolded him. The deputy eventually let McQueen go, but the irony of the situation — that McQueen was being hassled for providing free services to firefighters — couldn't escape him.


"What I'd really like to emphasize is that a real tragedy happened when fire command and the sheriff decided that anyone staying here was under house arrest," McQueen said. "House arrest is what it is when you can't set foot on the highway. You're arrested on your own property."


As McQueen, his family and his neighbors fought the fire, hundreds of professional firefighters — strictly forbidden to assist locals — were stationed along Highway 1. While McQueen blasted fire officials for their leadership, he had nothing but kind words for the stranded firefighters.


"One guy told me he was ashamed," McQueen recalled. "He said, 'I was taught to put out fires, not let them burn.'"


Remarkably, when McQueen needed help maintaining his fire break, he received covert assistance from one of the grounded firefighters.


"One of the guys said, 'I can't sit here and watch what you're doing,'" McQueen remembered. "He went up there, parked his engine in a safe place, laid out over 4,000 feet of fire hose and started maintaining our fire breaks."

'This place could have been saved'


While McQueen's home survived, a neighbor's home burned to the ground. Not just any house, the building was constructed by Hans Ewoldsen in the early 1940s. Ewoldsen married Esther Pfeiffer, the granddaughter of one of Big Sur's first homesteaders. Hans and Esther are now deceased, and their descendants live outside the area.


"I get tears in my eyes coming up here," said McQueen as he surveyed the charred remnants of a home he'd visited since childhood. "Hans and Esther took such great care of this place. They raised their children here and most of their food here."


Curiously, much of the terrain immediately surrounding the house was unaffected by the fire.
According to McQueen, the house survived previous fires because "Hans and Esther stayed here."


"I was with them fighting the fire in 1960 that burned this canyon," he recalled. "You can see by all the stuff that's green that this house could have been saved. It's so sad. So many things were lost.

THANKYOU CHRIS COUNTS FOR WRITING THIS ARTICLE!!!
and there is more...Watch SuzNews here on You tube for a brilliant take on Big Surians and why we stay behind to protect home and hearth: Thankyou SUZ!! Past in the following URL. http://www.youtube.com/watch?v=smxolkjC5nA

Labels: If you Only READ ONE POST..THIS IS IT

My heart is breaking two reading this entry. My father who is 77 remembers McQueen well. My dad was a fireman for Monterey for over two decades. Did forestry firefighting whenever it was needed. My great-grandfather and grandfather were friends of McQueen's. We visited up there back in the late 50's. I can't imagine those houses that were lost, are in fact gone. My heart (what's left of it) goes out to everyone.

Yes, I chuckled when I first saw the Myers cartoon from the SF Chronicle, a couple weeks ago, and Chris Counts has created some wonderful articles for the Pine Cone, including this one on McQueen last Thursday. One can now get the Pine Cone delivered to one's email box every Thursday, as I have discovered. Was always hard for me to get a copy, living up in the mtns. of Big Sur, but now I, too, can get it instantly.

It it extreamly sad, indead, that "We The People, In Order To Form A More Perfect Union ...... " are abriged now, by what our forefathers, wanted to provide for their sons and daughters, which was a safe place, to live.
I am ashamed and apalled, by the actions of the fire boss at IC . Just when will the US Gov., ever learn to accept local knowledge as constructive, NOT distructive, as they seem to believe, it is!!!!

Didn't Hitler believe what he was doing, by killing the Jews, was right for all man kind ?
Can Not the USFS see the similarity, here ?

I protest the stupidity and arogance of the fire officials, that ran the Incident Comand (IC) on this Basin Complex Fire, it is Shameful, what they did, I can only hope that their promotions are not predicated on such negledgent authority's actions !

We are so lucky that we have such a strong community members.

The power of words and wisdom is so powerful that it can even way you trough your own death.
g

That’s funny! I enjoyed reading the comic very much. The fire is so dumb that he didn’t notice that the monk was leading him to his own death.

It's wise to take all accounts with a grain of salt. While acknowledging the difficulties in communications & tactics of officials, I'd like to also point out that to take a single resident's words as gospel is dangerous. Some of our long time residents are, to say the least, story stretchers. If you weren't there, you're making a mistake to make a conclusion on the events. 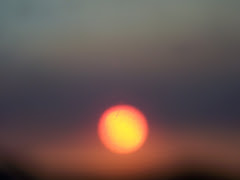 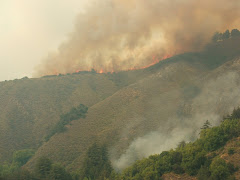